What to do if your Hair is Falling Out? 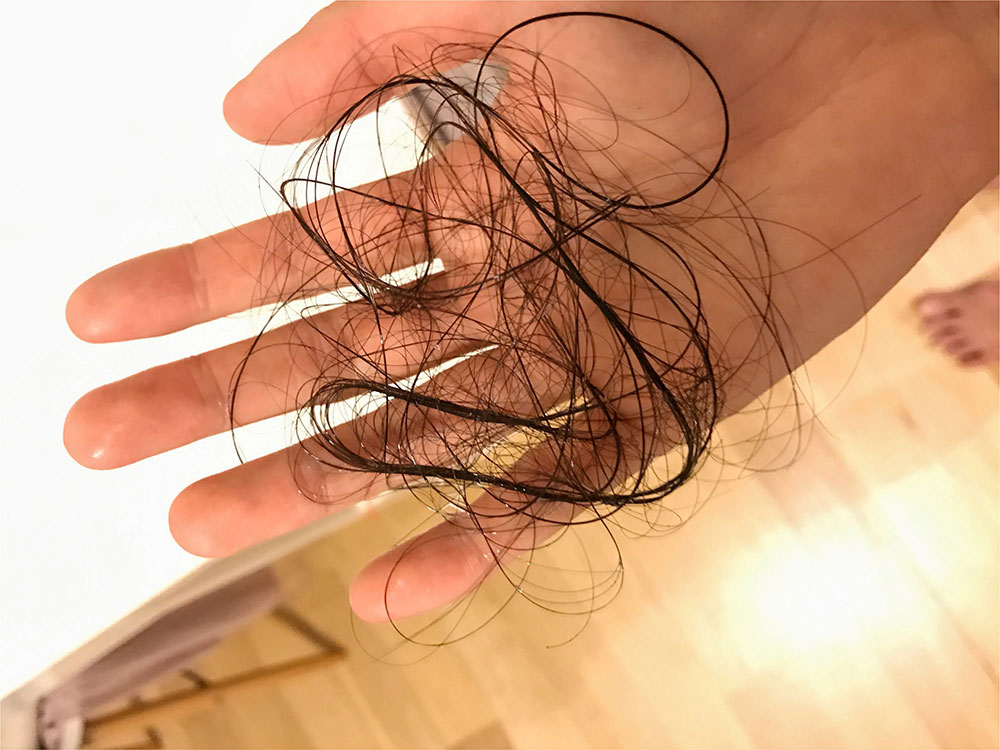 Our answer to that question is simple: come to see Sheri Burgess, Northshore Medical and Aesthetic Center’s Hair Restoration Specialist.

Believe it or not, hair loss is an extremely common issue. While there are no specific stats for hair loss for Bermuda, an estimated 80 million Americans - 50 million men and 30 million women - will experience some level of hair loss in their life.

That’s approximately one in four people.

Ms Burgess, a seasoned cosmetologist and certified hairstylist, who is currently studying trichology, helps dozens of people address their hair and scalp disorders at Salon B, located at Northshore Medical and Aesthetic Center (NMAC). She originally was trained at Dudley’s Beauty College in Charlotte, North Carolina in 2004, then went on to work at Eden Hair Salon for several years.

In 2008, she started her own business, Vanity Ltd, offering private clients services like colouring, cutting and styling for nearly a decade. “While working as a hairstylist, I had clients who had episodes of hair loss,” Ms Burgess explained. “I helped them identify products and treatment plans that would work for them. Clients started seeing their hair coming back and started seeing results, which made me want to learn more about the causes and more advanced treatments out there for them.”

Ms Burgess approached Dr Kyjuan Brown, NMAC’s medical director, to tell him she was looking into studying trichology (the study of hair loss and diseases of the scalp) - and it just so happened to be the perfect timing.

“Dr Brown was getting ready to bring someone in from overseas to help him at NMAC’s new salon, but after hearing about my interest in getting qualified, he was fully supportive of me, a Bermudian, getting trained and coming on board to work here,” Ms Burgess said. “Dr Brown invested in all my trichology courses and offered me this huge opportunity to work with him. I’m forever indebted to him.”

Today, Ms Burgess’ job is to identify the possible causes of a patient’s hair loss and educate them on their condition and treatment regimen. Dr Brown handles the formal diagnosis process. “We treat men and women of all ages struggling with hair issues, people from all backgrounds and creeds,” Sheri said. “Hair conditions don’t discriminate - sometimes it’s genetic, other times it’s caused by autoimmune diseases, stress or diet.”

While hair loss was once considered a man’s problem, Ms Burgess admits she’s supported and treated a lot of women as well. One woman in her late 60s, Pamela, found that her hair started falling out after having a thyroidectomy operation 14 months ago.

Pamela said: “Eventually it got to the point where I was almost bald on top and my husband suggested that I go to see Dr Brown. My treatments started in January and up to now I’ve seen a vast improvement in growth and thickness. It’s just out of this world. Before when I was talking to people it only felt like they were looking at my hair, now it feels like they can actually see me. Recently my son even commented ‘Look at how full your hair looks’ and that made me feel good.”

Pauline, another woman Ms Burgess treated who is her late 50s, admits she damaged her hair after using weave and wanted to improve the thickness and health of her tresses. “I used to always have a lovely head of hair until I started putting extensions in. After that, it started to break off and I didn't like the way it looked. I've been coming to Northshore Medical for about a year now and seen beautiful results. The parts of my scalp where the hair was broken off have all come back thick.”

Ms Burgess admits the biggest reward in helping people - both men and women - is seeing their confidence increase as their hair is restored. However, she warns it takes consistency and patience before people start to see results.

“I tell people there is no overnight solution to hair loss, however we can sometimes see hair growth and thickness return in as little as three months. For the most part it takes a full year to see the benefits of using the products, but the moment we show them the before and after panoramic photos, their faces light up. They can’t believe the results.”