Controversy over use of Ivermectin for Covid-19 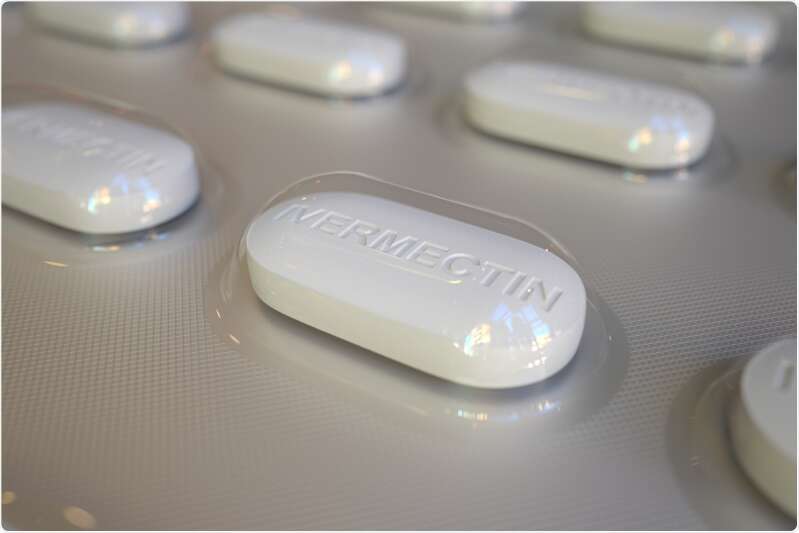 Doctors are prescribing a drug to treat Covid-19 which health officials in Bermuda and overseas have warned against because of the risk of serious harm.

A handful of doctors are offering patients Ivermectin – an anti-parasitic medicine – with the knowledge of the Bermuda Medical Council, which regulates medical practitioners.

But the island’s chief medical officer and the head doctor at the King Edward VII Memorial Hospital have warned against its use for the coronavirus, along with the World Health Organisation, the United States Food and Drug Administration and the European Medicines Agency.

Fiona Ross, the BMC chairwoman, told The Royal Gazette that opinions were “certainly strong” among doctors on the island.

She said most had decided not to prescribe Ivermectin for Covid-19 treatment or prevention because it had not been approved by the FDA for those uses.

But Dr Ross added: “It is one of the alternative treatments that patients are requesting.

“Some doctors are very comfortable in prescribing it – probably a handful, somewhere between five and ten.

“I have prescribed it on four occasions myself, only for treatment.”

The difference in opinion mirrored a global debate about the medicine’s effectiveness and safety for the treatment of Covid-19.

Ivermectin is not an antiviral drug, but laboratory studies have shown that at high concentrations it can block replication of the coronavirus that causes Covid-19.

It is stocked by pharmacists on the island and is usually given in small doses for the treatment of parasitic conditions, such as head lice or scabies.

Ayo Oyinloye, the Chief Medical Officer, said last month that a paper published last year showed the "concentration of growth required to kill the virus was 4,000 times what we would normally give to people“.

Dr Oyinloye added there was a lack of evidence to show the drug’s effectiveness against Covid-19 and that randomised controlled studies were needed.

Wesley Miller, Bermuda Hospitals Board’s chief of staff, added at the time that Ivermectin was not recommended for use on Covid-19 by any recognised body.

He said the hospital would only administer it to a patient if they signed a waiver with the understanding that “it is experimental, it carries grave risk”.

Dr Miller said patients would be asked: “Are you willing to take the risk that this thing could contribute to your death, because that’s one of the things [that could happen].”

He added Ivermectin could have an adverse effect on patients on blood thinners and there could be other “very serious side effects” for anyone who took it.

Dr Ross, an advocate for the Covid-19 vaccine, said: “If you look at any procedure that we do for patients, there is a risk.

“They could be allergic to penicillin. Anything can have an adverse outcome, including the vaccine. We won’t know it until it happens.”

She added doctors sometimes prescribed drugs for “off-label” uses – uses for which they have not been approved – and doctors in Bermuda were within their rights to do that with Ivermectin.

Dr Ross said: “If a physician feels they are competent to make that decision and it’s within their scope of practice, then they are allowed to do that.

“Another doctor may choose to use something else. We are all licensed to practise medicine.”

Dr Ross asked: “If I have a patient who is just not going to take anything else and … they only want to take Ivermectin, what do I do with that?

She said she prescribed about 18 to 20 milligrams of Ivermectin to patients who had Covid-19 and whose symptoms, including a cough and shortness of breath, were worsening.

The dose for parasites is usually about 15 milligrams.

Dr Ross added: “None of them ended up in hospital.”

But she said that did not tell her much about the drug’s effectiveness against Covid-19 and that other Covid-19 patients of hers who did not take Ivermectin also avoided the need for hospital treatment.

Dr Kyjuan Brown, of Northshore Medical and Aesthetics Centre, said he had prescribed the drug as a treatment for about 50 or 60 patients with Covid-19 and for prevention for a handful of others who either could not or would not take the vaccine.

Dr Brown said he advised patients to get the vaccine but some were against it and were at high risk from Covid-19.

He added: “We have to respect the patient’s informed wishes. We have got to offer them something.”

Dr Brown said: “I think the risks have been over exaggerated.”

The Ministry of Health referred questions about the use of Ivermectin by doctors to the BMC.

A Bermuda Hospitals Board spokeswoman told the Gazette last month: “Ivermectin is not part of our current Covid-19 management protocol for routine use, due to insufficient data.

“We continue to monitor the published evidence closely, however.”

BHB did not respond to a question last week on whether the hospital had treated any patients for adverse reactions to Ivermectin.

•On occasion The Royal Gazette may decide to not allow comments on what we consider to be a controversial or contentious story. As we are legally liable for any libellous or defamatory comments made on our website, this move is for our protection as well as that of our readers.